Thinking Kids Press uses referral links in posts. Signing up for free offers will subscribe you to our email list. We'll send you encouragement, free products, and exclusive offers via email. You can read our disclaimer, privacy policy, terms and conditions of use, and Danika Cooley's personal statement of faith and beliefs for more information. The Thinking Kids Press store is located at ThinkingKidsPress.com.
253shares
Teach your teen about Martin Luther and The 95 Theses — A pivotal moment in time during the Reformation that changed the world!

October 31st is a day that many families celebrate by dressing up and going trick or treating. Christian families, though, often celebrate October 31st for an entirely different reason.

On October 31st, 1517, a German monk by the name of Martin Luther protested the Roman Catholic practice of selling plenary indulgences (a slip of paper that excused the purchaser from paying the debt owed for all of their sins) by writing out a list of 95 concerns. In Latin. This monk, who was also a priest, a district vicar, and a professor, happened to be a student of Scripture and a brilliant man. He took his list to a printer to have copies made and then nailed it to the door of the Wittenberg Castle Church.

It was like posting an issue for debate on the university bulletin board. Luther didn’t expect that anyone other than Church officials and university professors would see his list. The document wasn’t a secret–he sent a copy to Albert, the Archbishop of Mainz. He truly wanted to open a debate and inspire change. Martin Luther was certain that if Church officials knew what was happening in his little area of Saxony in Germany, they’d fix it. Immediately.

The thing is, the Church did know. Selling plenary indulgences in Germany was a scheme that Albert of Mainz and Pope Leo X cooked up. They split the money earned to pay for the ongoing work on Saint Peter’s Basilica in Rome–and Albert owed Leo X some money after he purchased his archbishopric. It seems Leo X had spent quite a bit of the Church’s treasury in a big party when he was elected. Neither Albert nor Leo X had an issue with a little simony, either, it seemed.

Martin Luther, of course, knew none of that. He just knew that Scripture is clear–we don’t pay for our salvation.

We are saved by grace through faith.

Martin Luther and the 95 Theses would have been a small local issue, or perhaps a broader academic debate among scholars, had it not been for the printer. That sneaky printer.

He translated Luther’s Ninety-Five Theses into German. That document was distributed throughout Germany, then across Europe–translated into the languages of the local common people by printers along the way.

And that changed everything.

Listen to me read the first chapter of When Lightning Struck!.

The Roman Catholic Church had been in need of reform for quite some time. Church officials had long complained of issues of simony, corruption, broken celibacy vows at all levels of the Church leadership, and plenary indulgences.

Martin Luther’s study of Scripture led him to take issue with more and more teachings of the Church. A prolific writer, he taught Scriptural concepts in books, pamphlets, and sermons. The response was an all out battle. Reformers and adherents to the Roman Catholic Church chose sides and fought over who and what was supreme. It could either be the Pope or Scripture. But not both.

The Reformation of the Roman Catholic Church had been tamped down for about two hundred years before Martin Luther came on the scene. Reformers were often labeled heretics and publicly martyred. But Reformation could not be held back any longer by the time Martin Luther published The Ninety-Five Theses.

Martin Luther’s work and life led to both the eventual reform of the Roman Catholic Church, and the development of the Protestant Church. From there, Christians fought for a continued return to the teachings of Scripture.

Though Protestants don’t always agree on doctrinal issues, we do agree that we’re saved by the grace of God alone, through the faith that He gives us. We agree that Scripture is the Word of God, and the Bible can be trusted to reveal His will to us. We can have a personal relationship with God our Father through the atoning work of Jesus Christ our Savior and the indwelling of the Holy Spirit. 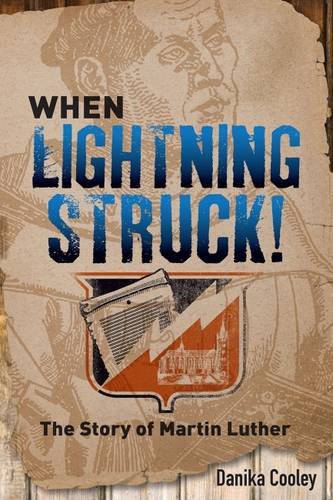 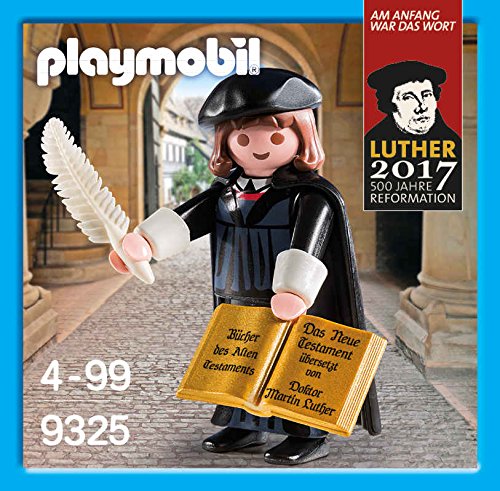 When Lightning Struck!: The Story of Martin Luther is an historical novel for teens. In it, I tell Martin Luther’s story in an exciting narrative (written with my adventure-loving boys in mind!). Find a 12-week unit study on Martin Luther for middle and high school students below.

Teens will learn about the important theological debates and central events of the Reformation, and be introduced to a number of the key players. They’ll come to know Martin Luther, the Father of the Reformation. By the time they finish the book, your teens will understand how God used Martin Luther to change the world. His fight for Scriptural truth reverberated across all areas of life–political, religious, and personal. Teens will also recognize that Martin Luther was a man like all other men–imperfect and a sinner. Martin Luther clung desperately to the truth that he was saved by God’s grace through faith.

Though When Lightning Struck!: The Story of Martin Luther is written for a teen audience, it makes a great family read-aloud. There’s nothing in the book that would make it inappropriate for younger family members. I have a great free discussion guide available for you to use as a family. You’ll find a link below.

The When Lightning Struck! The Story of Martin Luther Discussion Guide is 34 pages long, full-color, and it’s free for you to download.

Want to download that Discussion Guide? It’s free! Just check out through the store. 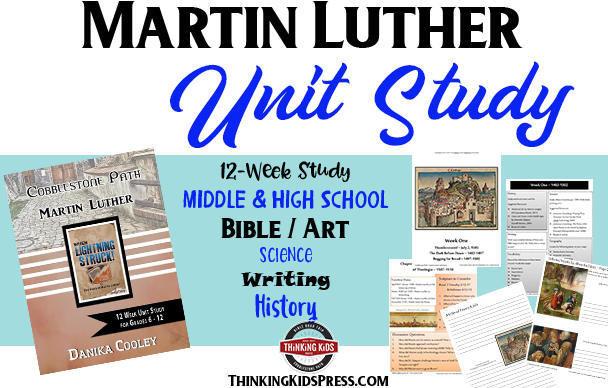 The Cobblestone Path ~ Martin Luther Unit Study guide is 244 pages long and full-color. Based on When Lightning Struck!, the unit study addresses the life and times of Martin Luther. Subjects covered by the unit study include: The 12-week unit study for middle and high school students is ideal for use in homeschools or co-ops. Each week covers discussion questions on the biography chapters, timeline dates (there’s a timeline included at the back of the unit study), related Scripture to study with discussion questions, and a short biography on an important figure.

The assignment schedule page for each weeks tells students what to study or write in each subject. In addition to the timeline, there are also vocabulary worksheets and maps at the back of the unit study. Each subject includes book suggestions that should be available at most libraries. Students can also just research subject matter online. There is no purchase in addition to When Lightning Struck! required to use the unit study.

The art history section for each week’s study includes a biography page for an artist, and three notebooking pages with five art pieces by that artist. Students will be able to write about how each piece impacts them, how they feel about the work, and why.

Each week, students will have a writing assignment. There are two pages available for this assignment. Students will also have weekly copywork, either from Scripture (both ESV and KJV are cited so you may choose the version you prefer), or a quote from Martin Luther. 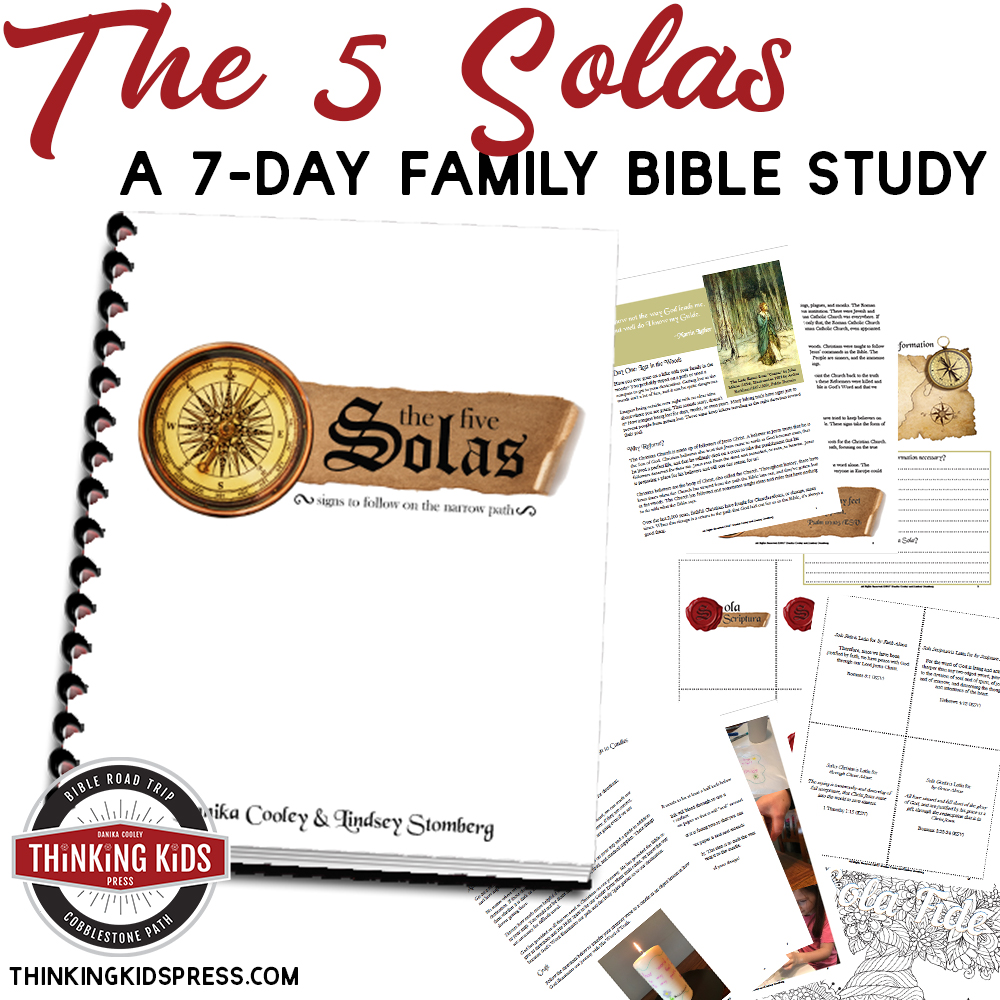 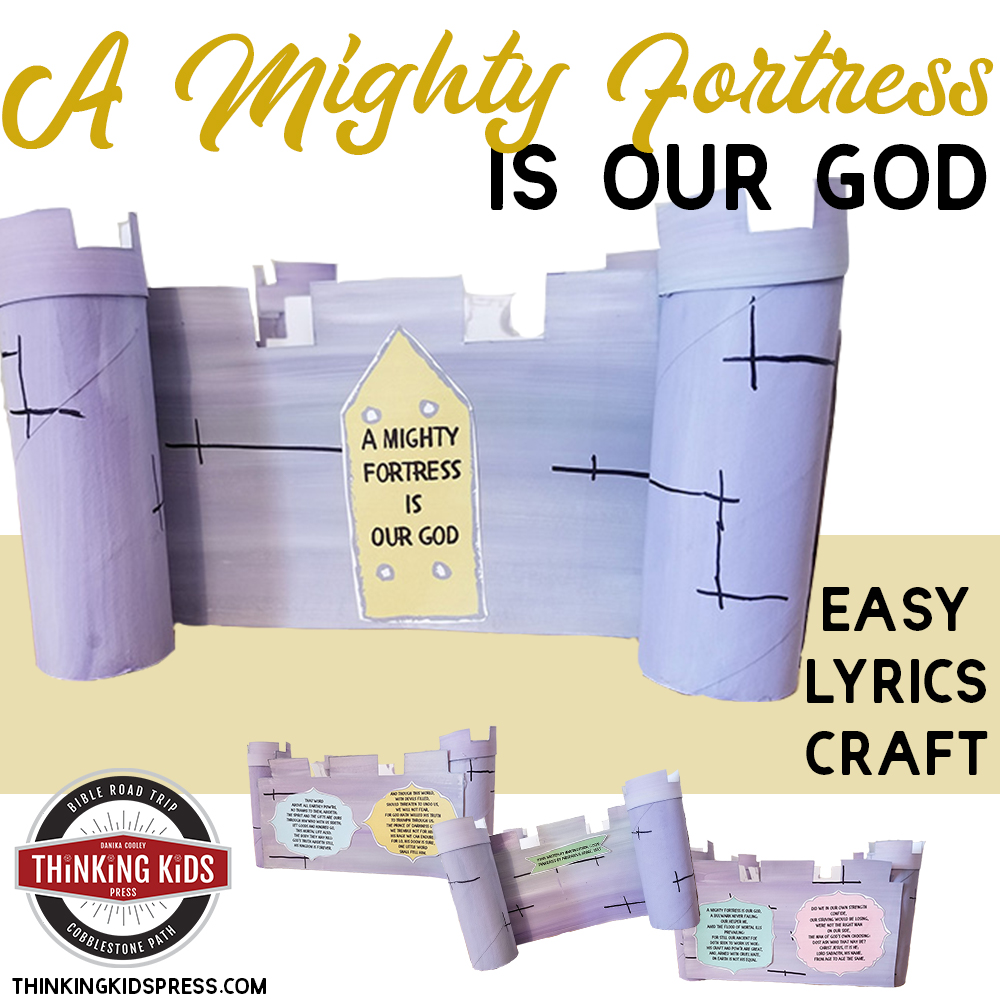 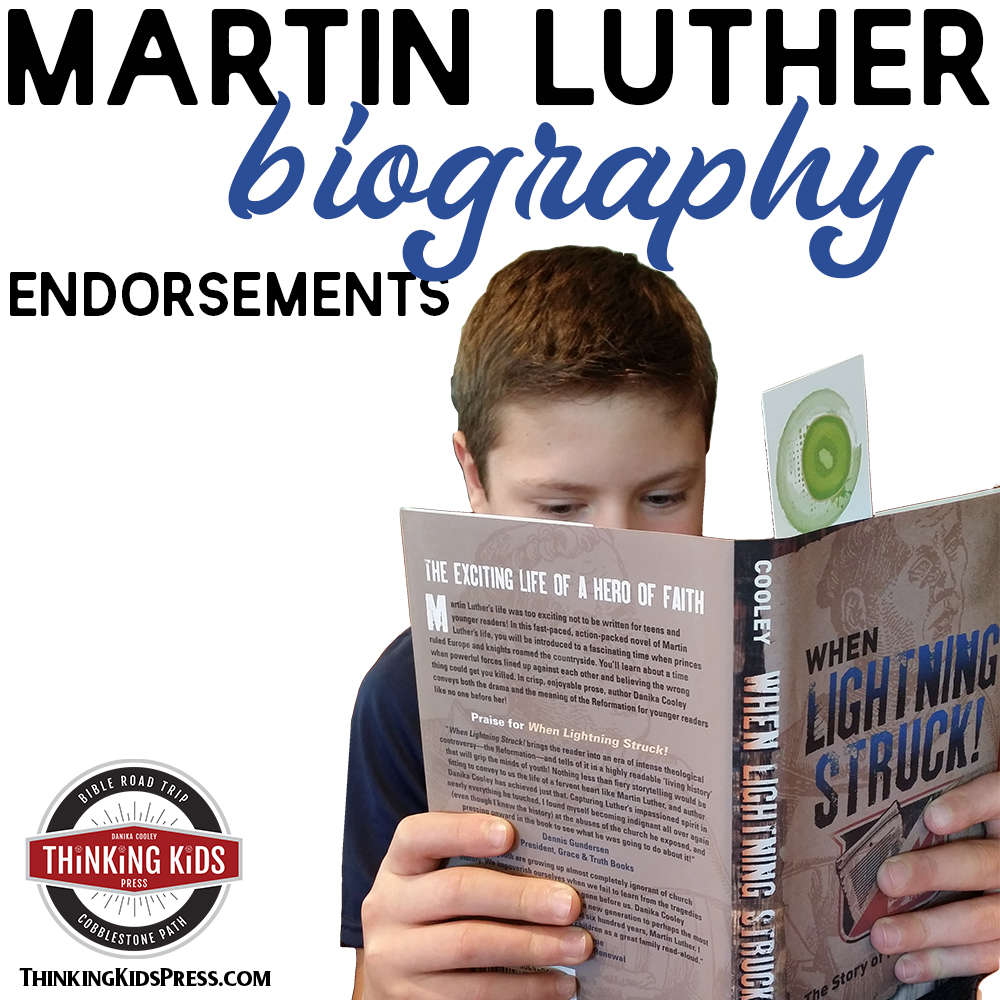 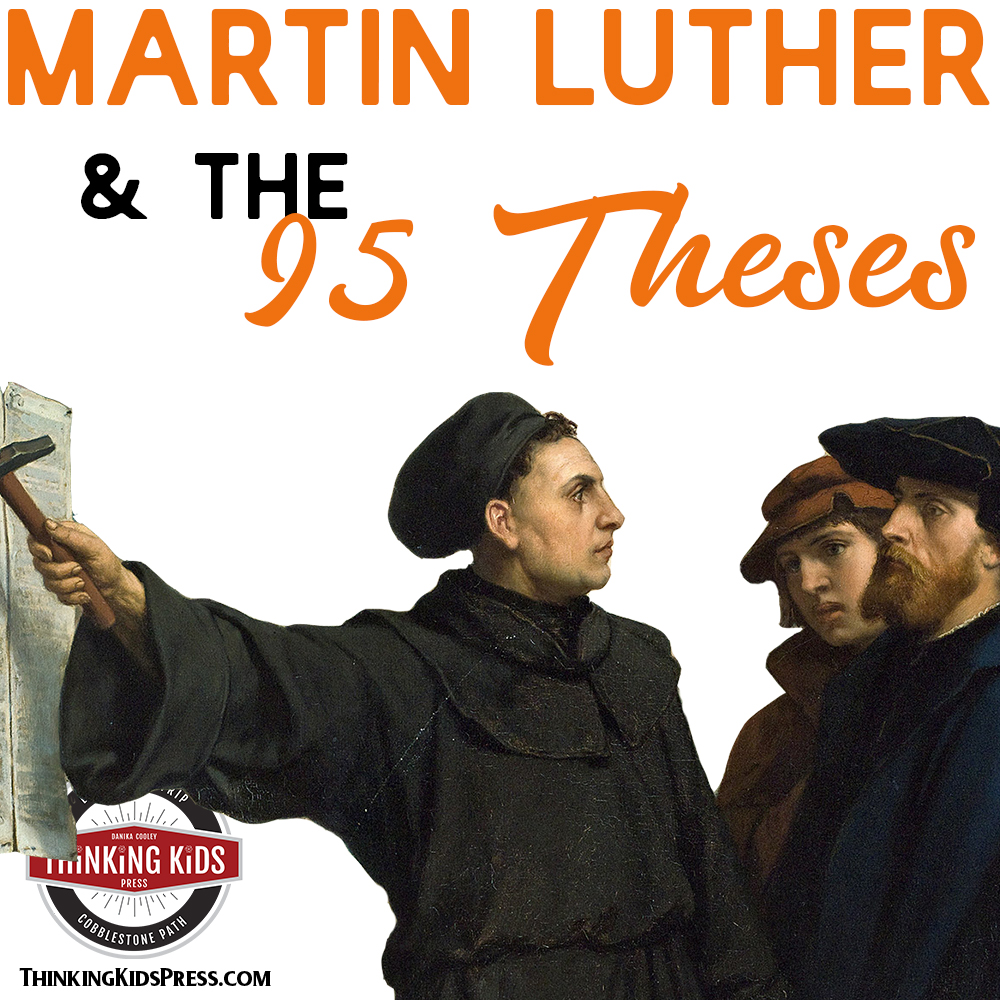 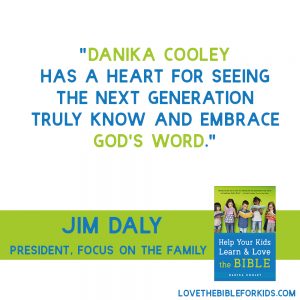 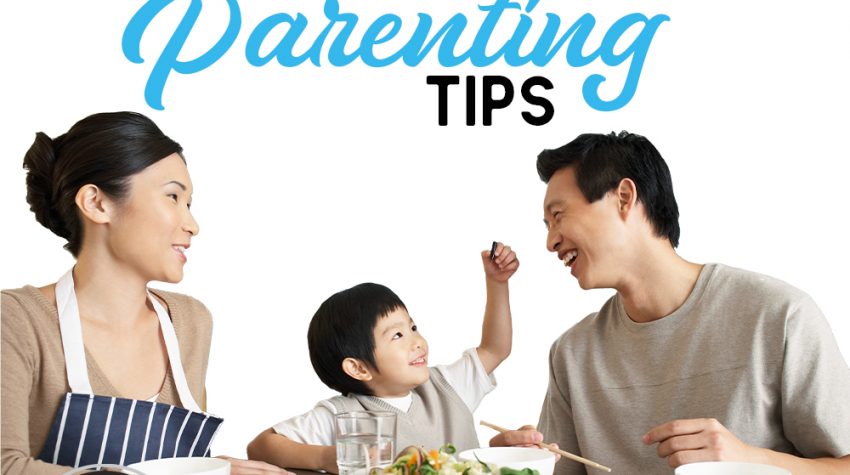